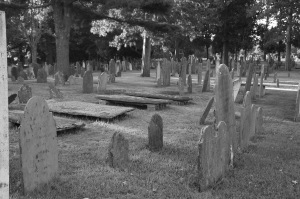 3. Lyman Marshall Stearns, b. 4 March 1858; d. 28 Dec 1918 in Manchester, New Hampshire, m. 5 June 1878 Alnora Maria Chase of Londonderry NH, b. 11 May 1854, daughtet of Trueworthy and Nancy (Pettingill) Chase. They settled in Derry, New Hampshire. He was editor and publisher of checker books, and a professional player, having the rare gift of being able to play checkers blindfolded.  Published author and Checker Champion. No children

A Tidbit about Shoe Making

Inventors had managed to create machines to cut out the different parts of the shoe and to sew together the leather that made up the top, but the last and hardest part still had to be done by hand. Skilled shoemakers would shape the leather upper part of the shoe over a foot-shaped wooden mold called a last and then sew it onto the sole, or bottom, of the shoe. An expert shoe laster could make about fifty pairs of shoes a day.

For more information on shoemaking read:

“The Shoemakers of Lynn, Massachusetts, 1850-1880: The Family during the Transition from Hand to Machine Labor”, by Milligan Jr., William H

I'm a Family Historian. Come join me in my journey finding my ancestors. What are the true stories behind the family traditions. View all posts by June Butka

This site uses Akismet to reduce spam. Learn how your comment data is processed.